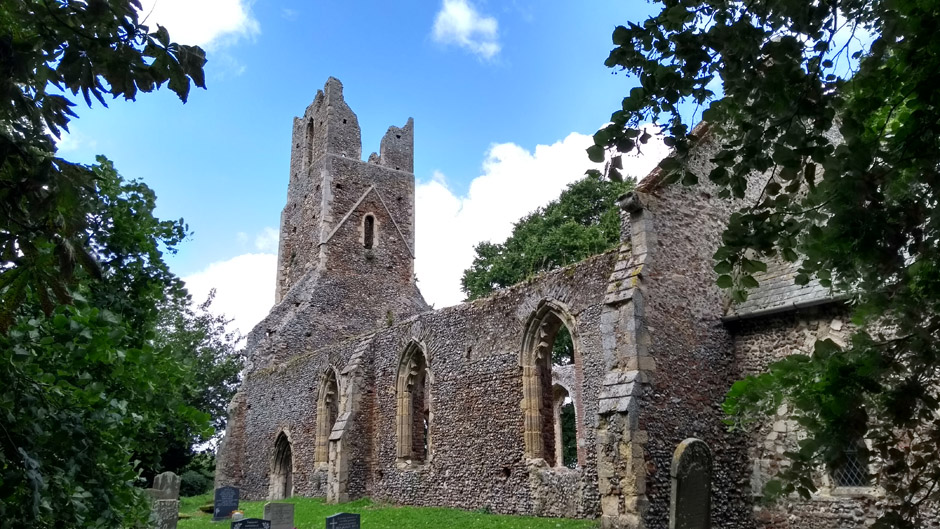 Running along a redundant railway that passes under the pretty iron aqueduct of a redundant canal, the Weavers Way at Briggate is a confluence of superannuated infrastructure.

I haven’t got space to mention our incredible wartime heritage, another aspect of the landscape that gives Norfolk a time capsule feeling. This strange bunker, still protected by its blast wall, was the generator house for a dummy airfield, now completely hidden in scrub.

Building a canal in a county with no stone and England’s lowest rainfall proved tricky. The aqueduct was constructed with style and ingenuity (but, you might think, worrying fragility) from iron girders and brick arches.

Huge and beautiful windows flood the east end with light.

I told you the Bure got bigger. The trail crosses it again north of Aylsham.

The Bure, one of Norfolk’s major rivers. It does get bigger!

Absurd plannng rules for new campsites impose massive distances between even the tiniest tents, another nail in the coffin of simple backpacing with friends.

Sunset over Stalham allotments. Fear not, it gets more scenic tomorrow…

This is directly on the trail at Erpingham, althugh I’ve no idea what it’s like.

Halvergate Marshes – can be a bit bleak! 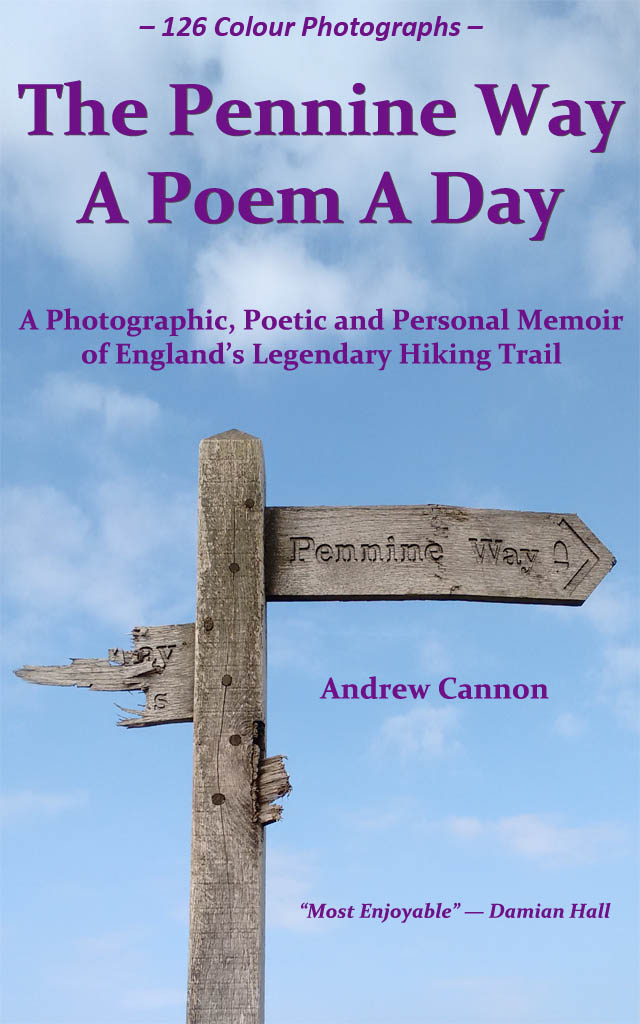